What is Virus and Antivirus?

Basically, virus is a program that is very harmful to your device. Actually, virus is created by a hacker and they transmit the virus in your computer by email and many places when we connect to the internet.

So, if you protect your system from that harmful virus then you must be installed Antivirus in your device and the antivirus will protect your computer from virus and malware. 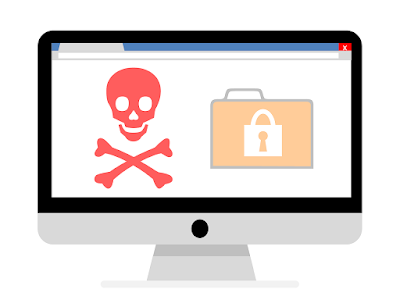 If you ever land on scam websites, our advanced filtering system finds suspicious web page property and prevents your sensitive data.

Avira Free Antivirus is also a good and free antivirus. The Avira antivirus also protects from Malware, Ransomware & removes Spyware. Avira antivirus is a lightweight antivirus and would not slow your system performance. The specialty of this antivirus, if you use VPN then it also protects your browser from malware, ransomware and others. If also has cloud services. Avira antivirus also comes with a host of incidental tools,like Avira Connect (it reviews all the devices that have been linked with an Avira account online),  Avira Scout (Chrome-based secure web browser), Avira Software Updater (it actually scans systems and looks for software with missing patches), and  the Phantom VPN (full-featured virtual private network with 20 countries servers) etc. So Avira Free Antivirus is a very good and useful antivirus.

Avast Antivirus is also a very useful and lightweight antivirus for those computers that have low RAM and the processor is a little bit slow. Avast Free Antivirus provides superb malware blocking functionality. The main feature of this antivirus is, it blocks all webcam-hacking and other virus attacks like ransomware. Avast antivirus also protects your PC, home network, and passwords against zero-second threats with smart cloud-based detection. It updates your apps automatically. You can use avast app on your mobile also.
This antivirus has a large database like around 400 million people use this free antivirus because it is very user-friendly. You can scan any particular drive by this antivirus and the antivirus is also doing very well. So if you find the best free antivirus so you definitely try this software.

Panda Free Antivirus has a very improved anti-phishing protection, but when it scanning the virus and malware, Panda delivers pretty average performance. It has a panda VPN service. Panda free antivirus is available for Windows, Mac and Android.

If you (mainly) use windows computer like windows 7, Windows XP, then you might install an antivirus. If you use your computer in your Office and you have much sensitive data then we recommended you to install a Paid antivirus because in paid you will get the best security. And if you use computer at home and you have no any sensitive data then you use this free antivirus. This free antivirus is also very good and useful.
If you have any query then you must comment in comment section. And if you like the articles then follow us and also share the articles with your friends. Thanks to visiting our site.